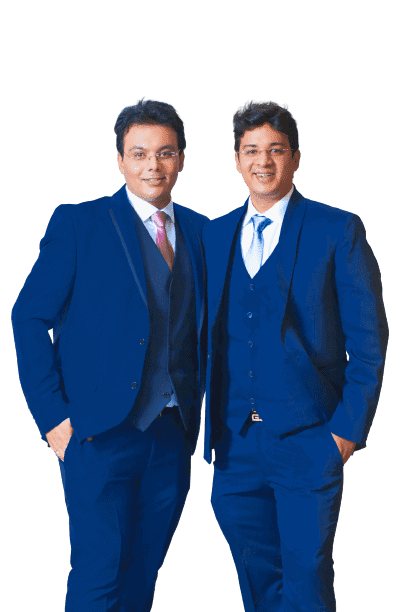 What is Premature Ejaculation, and Why It Is Important To Cure This Embarrassing Early Discharge?

Premature ejaculation is when the man ejaculates earlier than the time required to satisfy his partner during sexual activity.

Generally hidden, but early discharge is a widespread issue.

In general, an average guy lasts somewhere about 6 minutes in intercourse.

But suppose you ejaculate before your partner gets satisfied. In that case, you can conveniently say that you are having premature ejaculation (early discharge).

Emission: During the emission stage, fluid from various parts such as seminal vesicles, prostate gland, and vas deferens gets filled in the posterior urethra.

Although the exact cause of premature ejaculation is unknown, different theories explain various reasons.

Premature ejaculation is speculated to have a multifactorial aetiology.

The following may be the factors that trigger premature ejaculation:

Various physiological factors are also thought to be possible for the development of premature ejaculation.

Serotonin is the most crucial neurotransmitter that is directly connected to ejaculation.

Any problem in the release of serotonin or its receptors may lead to premature ejaculation.

Research has also concluded that there is a link between premature ejaculation and genetics.

Again, the gene involved in premature ejaculation is responsible for serotonin regulation.

Penile hypersensitivity is also another reason that causes premature ejaculation.

Sex, after from involvement of the physical body, is also the function of the mind.

The ejaculatory system from the brain is controlled by the area of the brain known as the nucleus paragigantocellularis.

Research has also concluded the neurological hypersensitivity of pelvic muscles in patients with premature ejaculation.

These conditions include prostatitis and erectile dysfunction.

Based on the time of occurrence of the condition, premature ejaculation is divided into the following two types:

This condition is developed right from the first sexual experience.

From the first sexual experience, such patients do not have control over their ejaculation.

Medical intervention is almost essential in such cases.

This type of premature ejaculation is developed after the normal ejaculatory condition.

This may be due to physiological or psychological factors.

Thus, medications are not always required, and counselling can reverse the patient’s condition.

Premature ejaculation creates havoc in the life of the patient.

Even though effective treatment is available, the patient fails to disclose the condition to the physician due to embarrassment.

However, in recent times, cases have been diagnosed, and people started sharing their problems frankly with their doctors, thanks to the support and encouragement of their female partners.

Male with Premature ejaculation is under tremendous psychological distress that leads to:

On the other hand, studies also indicate that due to the highly sensitive nature of the condition, physicians, too, are reluctant to ask about the sexual health of the patient.

The saying goes, “when a disease can be cured from the root, why it should be managed.”

Premature ejaculation is a condition that can be permanently cured through proper treatment.

Premature ejaculation is a condition which is not only associated with physiological abnormalities in the body.

Psychological, physiological, biological, performance anxiety, erectile dysfunction, and age have their share in causing this condition.

Thus, the condition cannot be cured only by hitting a single aspect of the causative factors, whether biological, psychological or taking care of performance anxiety.

Almost all people suffering from premature ejaculation start their treatment through self-medication.

These medications are from e-commerce websites or nearby medical or health supplement shops.

The patients fail to understand that these medications may worsen the condition or may cause side effects.

Without any results with the self-medication, the patients are then compelled to visit the doctors, who, to impress the patients, give the allopathic medications that only affect the biological factors.

The medicines these self-acclaimed sexologists will work only until the patient takes them.

The medications such as antidepressants and SSRIs temporarily manage the condition but have side effects such as erectile dysfunction.

Further, the market gimmick “Guarantee treatment” does not suit these doctors as they have a money-minding attitude and do not even have the time to hear the patients patiently.

In terms of health and money, few healthcare providers aim to provide quick results that hurt the patient.

A holistic approach is required to obtain a permanent cure for premature ejaculation.

According to Ayurveda, Vata and Pitta doshas are the primary reasons responsible for premature ejaculation.

Further, these doshas become more intense due to anxiety during sexual intercourse.

Thus, Ayurveda aims to maintain the balance of Vata and Pitta through herbal medications, a balanced diet, meditation, yoga, and counselling.

For effective premature ejaculation treatment in Delhi, the patient should consult only those ayurvedic doctors. This is because they are experts in treating such conditions.

It is advised that you should make a prior appointment for a hassle-free experience.

So!!! What are you waiting for!! Get Rid of Early Discharge By Taking Premature Ejaculation Treatment at Sidri International Skin Hair and Sexology Clinic By Booking a Confirmed Appointment Now!!